Most serious antique collectors will agree: it’s not just the innate beauty and craftsmanship of the pieces they collect that hold their fascination. For many, the story behind a piece of antique furniture – where it came from, who designed or owned it, the journey it’s taken over the centuries – is equally valuable.

In the same way that some people collect memorabilia that relates to a particular event, time period or historical figure, antique furniture-lovers are drawn to pieces that have a rich and detailed history – and the more dramatic and intriguing, the better.

Here, Wallrocks director and buyer Jessica Wallrock shares one of her favourite antique origin stories about a seemingly innocuous set of armchairs and their surprising provenance.

From shabby to stately

“One of the most fascinating elements of my job is playing detective and uncovering the history of our pieces,” Jessica explains. “While many years spent working in the antiques industry has provided me with the skills to identify the time periods and age of the pieces I come across, it’s not always possible to trace the exact provenance of an item back through the generations. Unless an antique has remained in the same family for centuries, it could have passed through many sets of hands before eventually arriving in our Brisbane studio.

“Occasionally, however, we uncover something that gives us a vital clue as to the item’s history. Back in 2015 , we purchased a set of six armchairs while on a European buying trip. They were shabby, dirty and dreary – not the kind of pieces that immediately catch your eye. 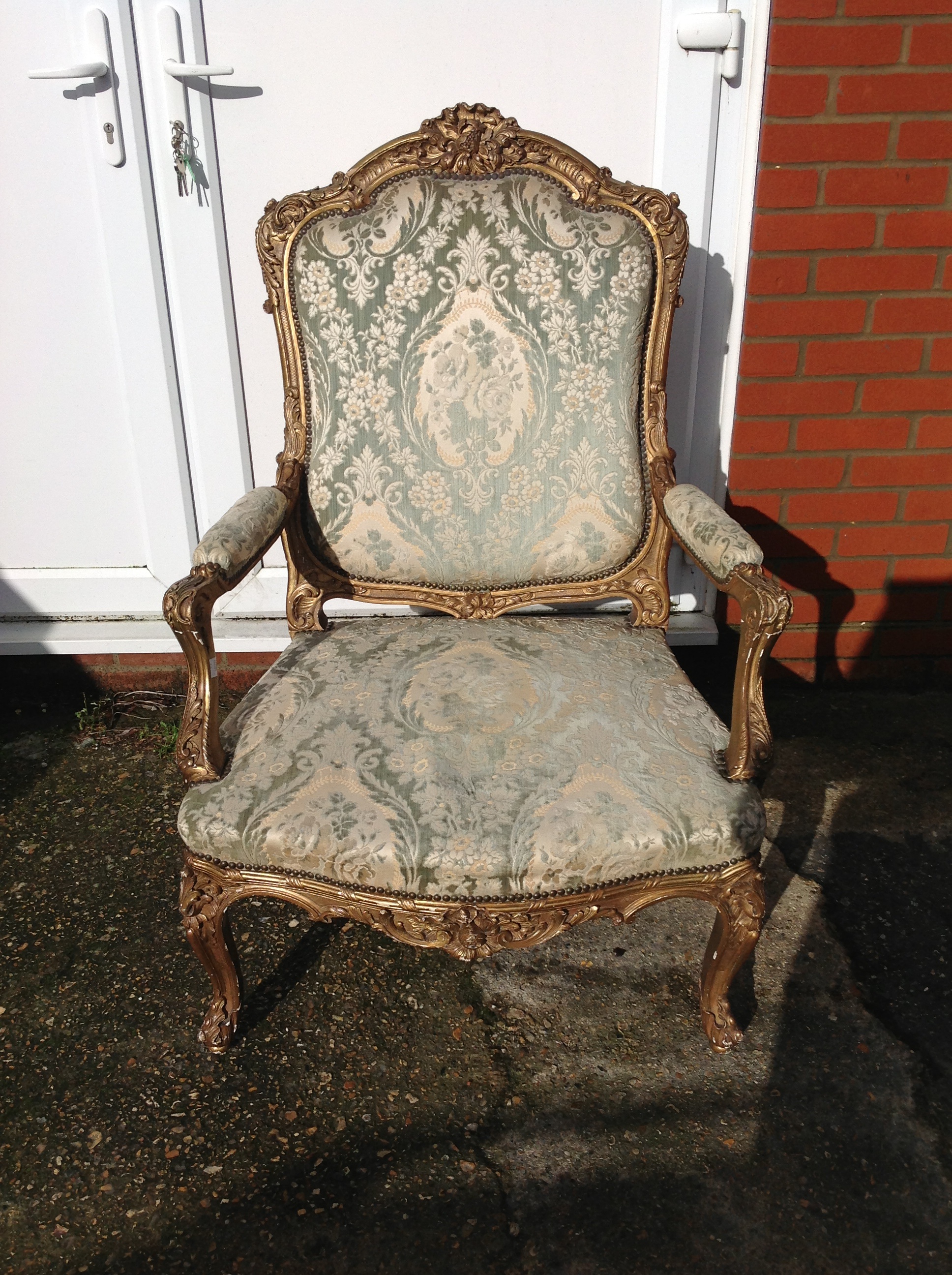 “As we often don’t have time to restore our antiques quickly, they sat in our showroom for months without any customers showing the slightest interest. Eventually, a client spotted them at a Melbourne antique fair, looking just as they do in these photos, and we set about restoring them.”

A message from the past

Upon stripping back the shabby old fabric, the team uncovered a message scrawled on the underside that read: 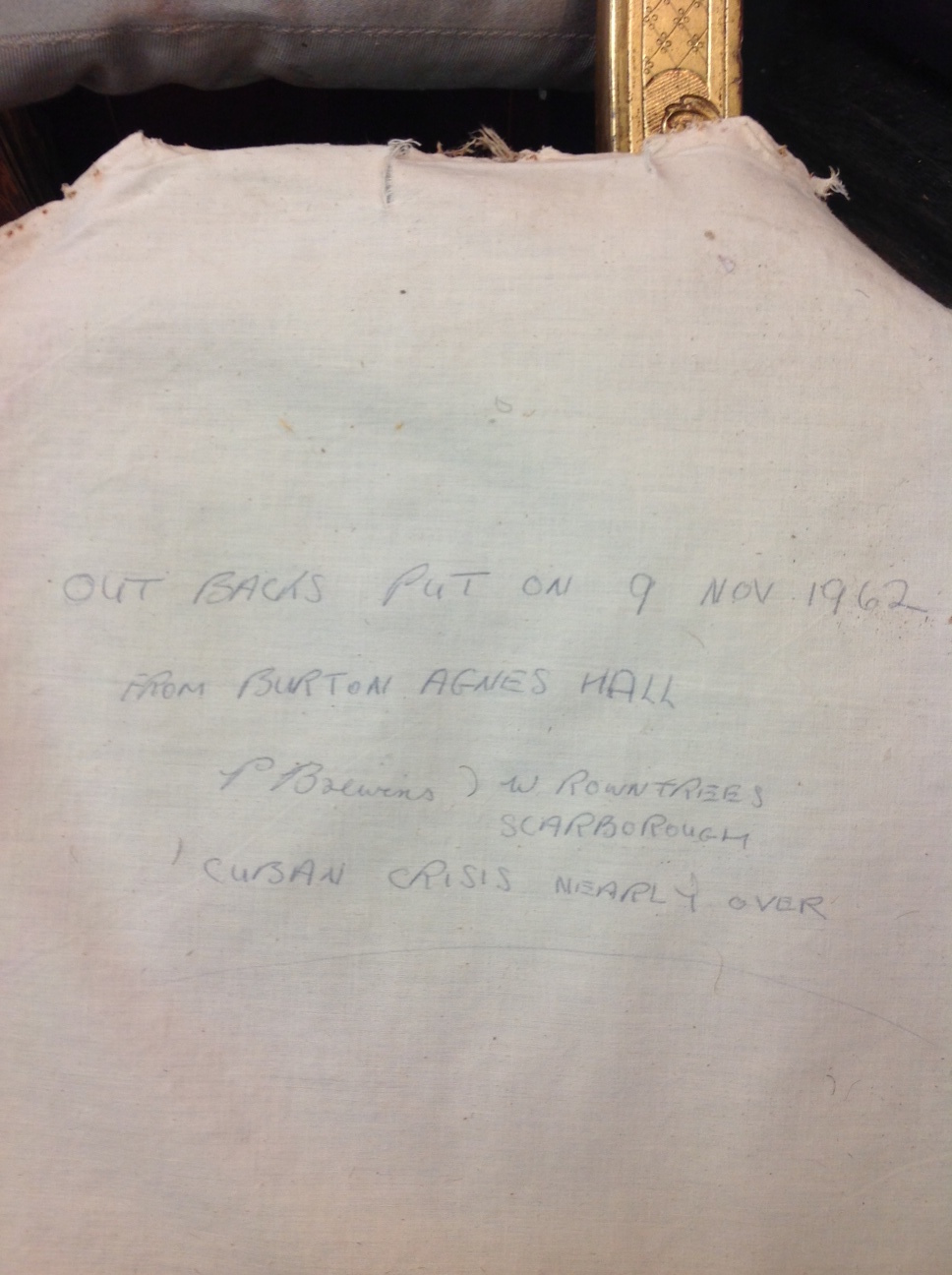 “From this clue we were able to trace the chairs’ origins back to Burton Agnes Hall, a stately home in Yorkshire in the north of England. The Hall dates back to Norman times and is listed alongside Windsor Castle and Buckingham Palace as one of the 20 best houses in England. It’s also said to be haunted, with a macabre tale about the daughter of an Elizabethan lord whose skull was supposedly built into the walls of the house.” 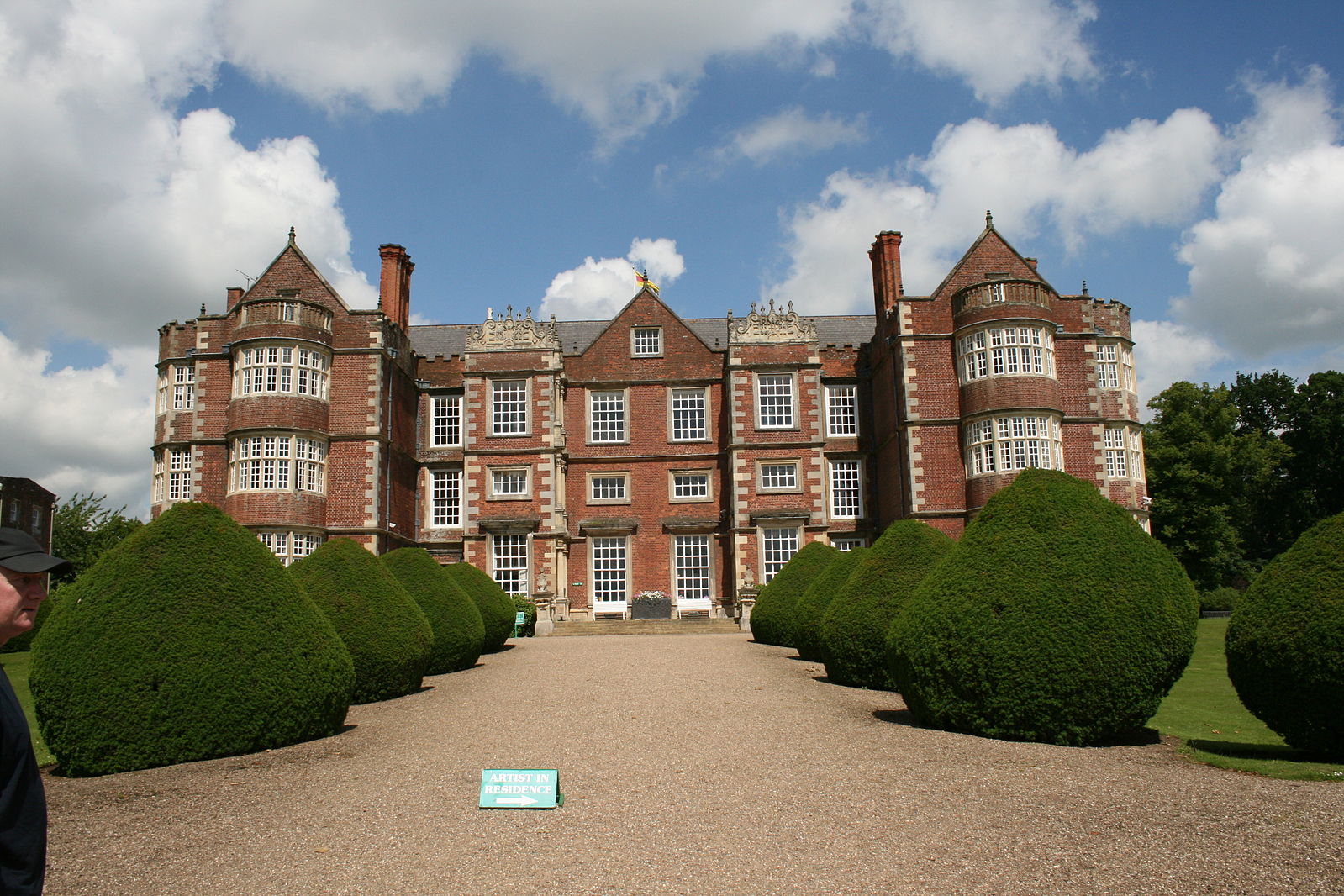 Built in 1173 by Roger de Stuteville and later incorporating designs by architect Robert Smithson, Master Mason to Queen Elizabeth I, the property has never changed hands by sale.

At the time of the Cuban Missile Crisis, the estate of Burton Agnes Hall was in the hands of Marcus Wickham-Boynton, grandson of the 11th Boynton Baronet and former High Sheriff of Yorkshire. Wickham-Boynton oversaw extensive restoration of the Hall and was himself clearly a fan of antique furniture and rare artworks, vastly improving the Hall’s collection with the acquisition of French paintings, Epstein bronzes, Chinese porcelain and antique furniture.

25 years after the armchairs’ message was dated, he gifted Burton Agnes Hall, along with all 42 acres of grounds and 600 acres of agricultural land, to a registered charity formed for the protection and upkeep of the property and its vast collection of antiques and artworks.

Jessica adds: “The client was thrilled to learn about the provenance of her purchase – not only does she have a set of beautifully restored antique armchairs, she now has a much greater understanding of where they came from (not to mention a great dinner party story). We were very excited to restore these chairs, because under much green gold paint, was the beautiful original gold leaf you now see in the pictures below.

“Who knows why the original owners parted with the chairs? Sometimes furniture is disposed of when there is death in the family as children divide up their inheritance. Other times it’s nothing more than a change in fashion as old pieces are sold off to make room for new. But while we can only speculate about why the chairs were removed from the hall, it just goes to show you should never judge a chair by its cover!” 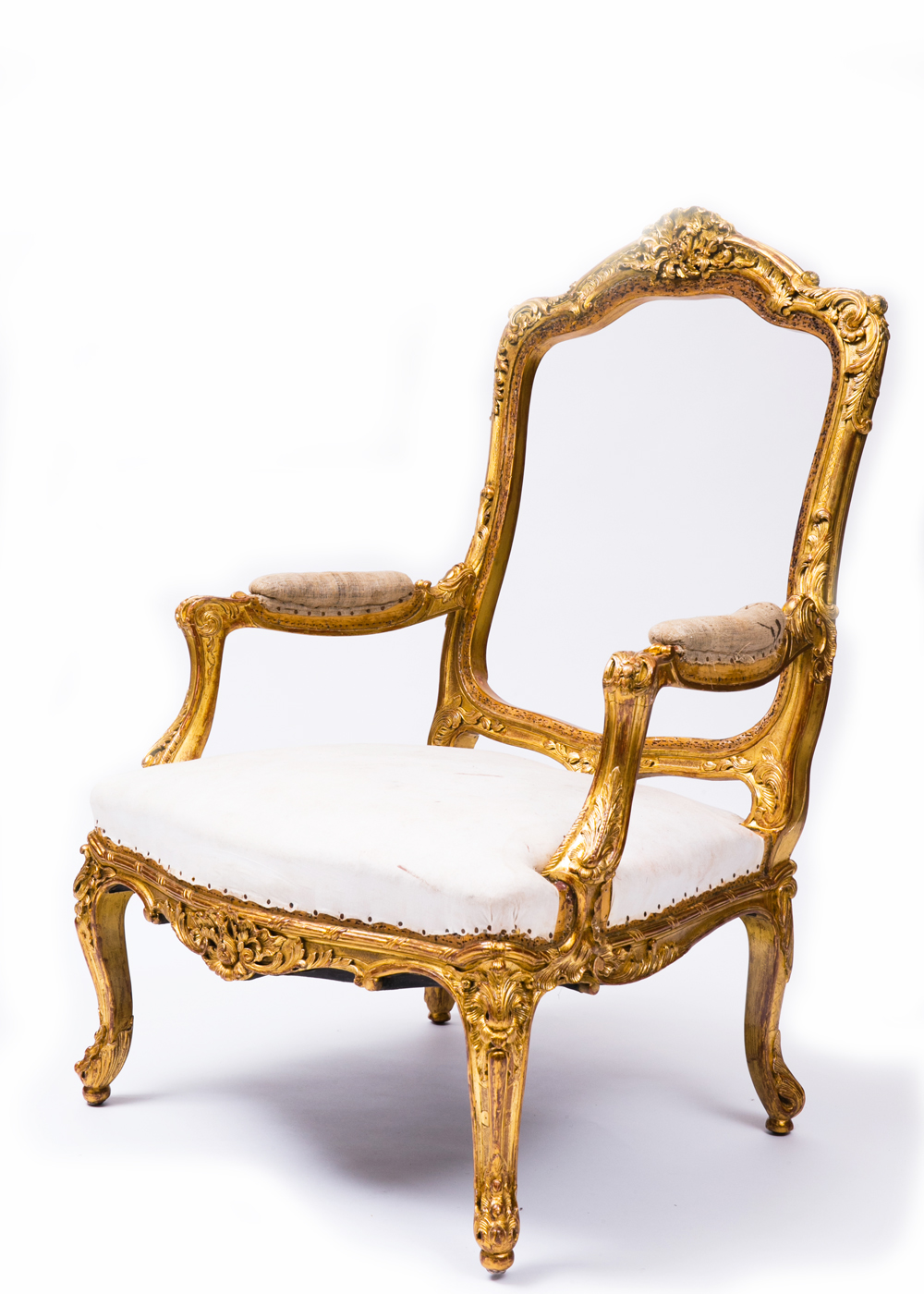 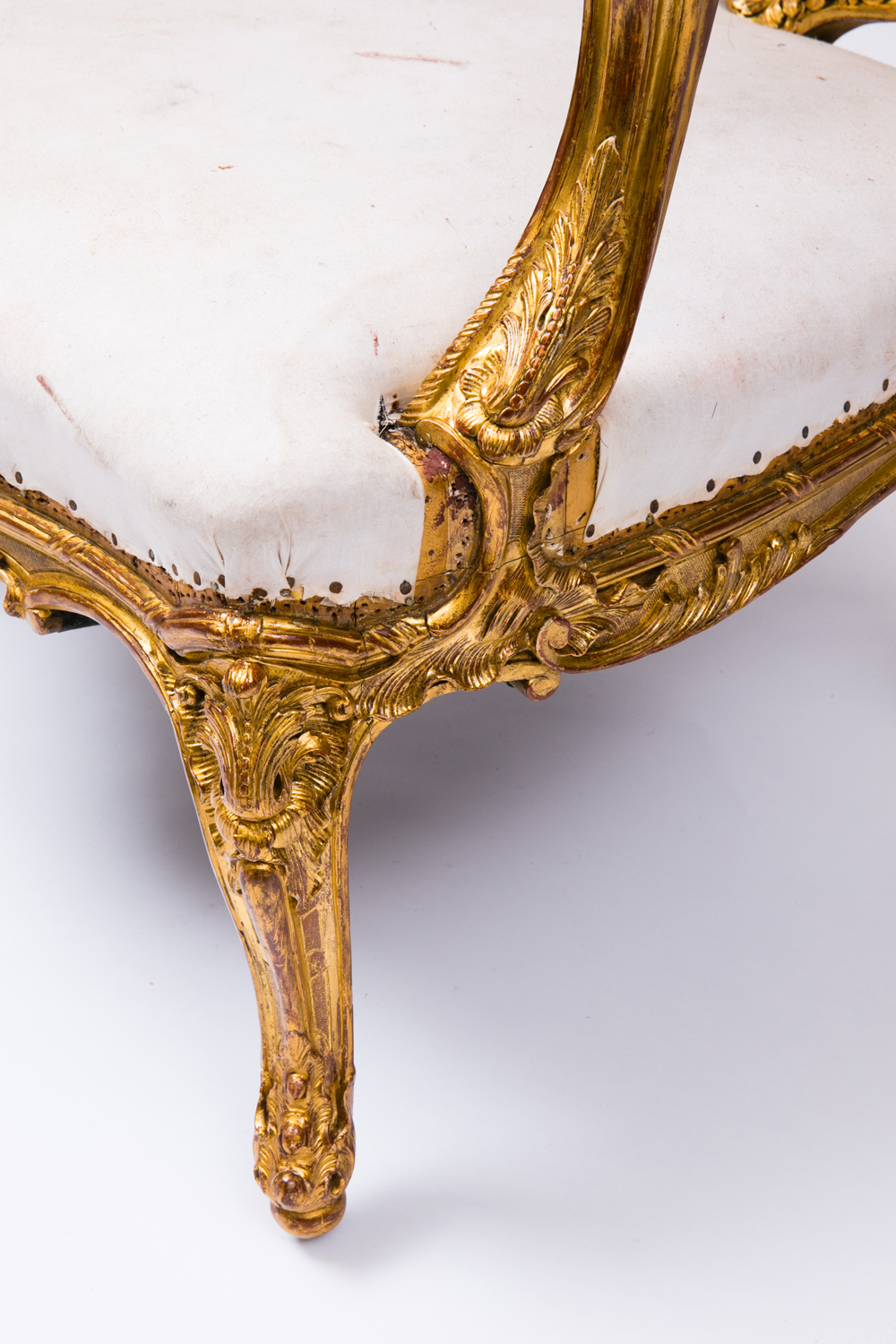