A Cylindrè Desk Fit for a Queen

The desk was commissioned alongside numerous other pieces to furnish Antoinette’s new apartment in the Palais des Tuileries in Paris. Ironically, it was commissioned at a time when the Queen’s popularity had plummeted and public tolerance for the royal family’s excessive spending was at breaking point.

While many antiques have interesting stories to tell, some are more dramatic than others. One of our favourite origin stories belongs to this famous cylindré desk, made for the last Queen of France, Marie Antoinette, who was executed by guillotine in 1793.

Made for her in 1784 by the royal cabinetmaker Riesener, this famous cylindrè desk is one of the best examples of 18th century French craftsmanship. It’s also irresistibly steeped in history and intrigue.

A country on the brink of revolution…

The desk was commissioned alongside numerous other pieces to furnish Antoinette’s new apartment in the Palais des Tuileries in Paris. Ironically, it was commissioned at a time when the Queen’s popularity had plummeted and public tolerance for the royal family’s excessive spending was on a rapid decline.

That same palace, which stood on the banks of the River Seine, would become the royal family’s official residence throughout the tumultuous years of the French Revolution and was stormed by revolutionaries in 1792. Less than a decade after the desk was made, Antoinette was sentenced to death for high treason. One can’t help but wonder what secret conversations, conflicts and political machinations that desk bore witness to over the years. 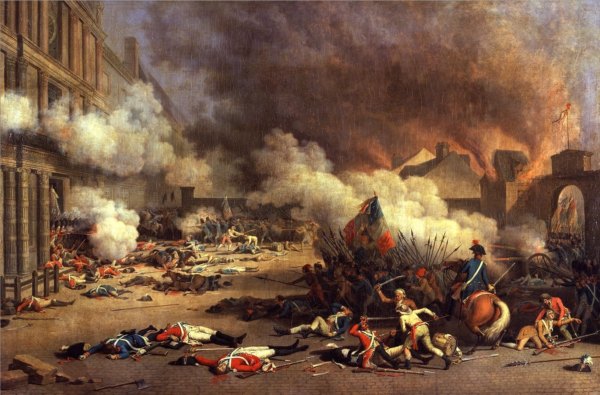 Unfortunately for the private collector, items of such historical significance are usually only found in museums, though not always. While the original has been in the safekeeping of the Louvre in Paris for over 100 years, there still exist a very few exceptional copies of this cylindrè desk which closely rival the original in both quality and craftsmanship. 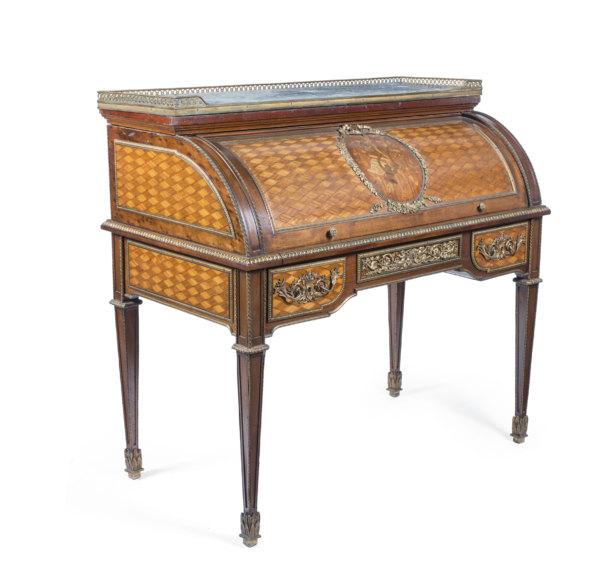 This outstanding quality 19th century French cylindré desk in original condition is an incredibly close copy of the original in both design and quality, and was certainly built by one of the leading 19th century cabinetmakers at the behest of an aristocratic French family. While we don’t know for certain the exact provenance of this particular piece, there are several crucial clues which lead us to this conclusion.

The level of skill required to execute the cylindré desk, with particular reference to the ormolu which is pierced and unbelievably well cast, would only have been accessible to the wealthiest of French families of the period. Similarly the crispness and quality of the ormolu mounts indicate an unusual level of attention-to-detail that could only have been afforded by a privileged few. If you look closely you can see the ormolu has been finely hand-chiselled and pierced to an outstanding level, making it possible to see through to the fabulous timber underneath. The veins of every leaf have been defined, the feathers on each bird beautifully articulated. This technique was time-consuming and delicate, requiring the skill of a true master craftsman. The movement and quality of the handles and other mounts is flawless and the subject depicts birds, cornucopia, grapes, ribbons and flowers – motifs of general abundance, excess and status. 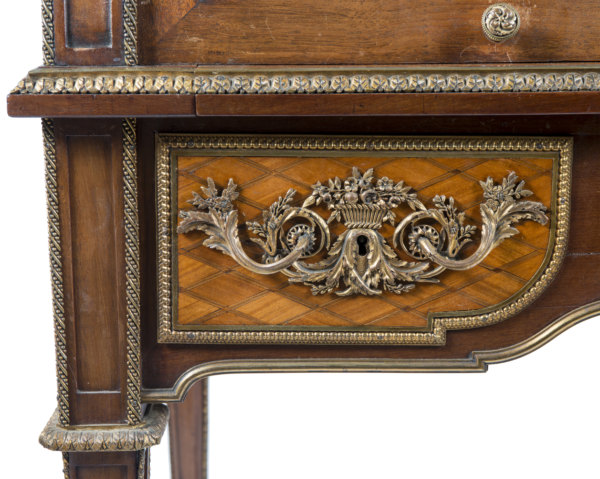 Just like the original, no detail has been spared in its creation. The piece is free-standing and thus designed to be seen from all four sides. It requires a very large room to free-stand a sizeable piece of furniture which is suggestive of the calibre of the house from which it originates. A symbol of status, it was made to be admired from all angles. The designer has carefully selected the plum-pudding mahogany to highlight the sides of the cylindrè and to contrast against the kingwood parquetry and figured mahogany around it. 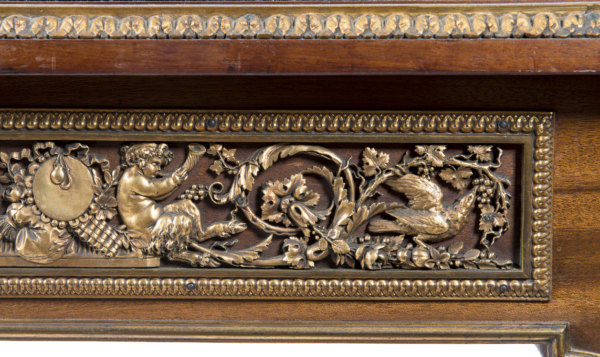 Once again closely mirroring the original piece, the interior of the desk is quite the contrast and features very little embellishment, demonstrating the maker knew his subject extremely well.

While its origin and maker has been lost over time, there is no doubting that it was an exceptional one and this cylindré desk is a magnificent 19th century copy of an 18th century style – and makes for a great conversation piece!