Refurbishing One’s Tranquility with a Little Game of Antique Chess

There is a crispness appearing in the air…the first signs of autumn marking the end of the frangipanis. The westerly winds start to blow, the days shorten and entertainment retreats from the backyard pool to indoors. We find ourselves pondering the winter months, relaxing in a gentler, quieter way as we cosy up next to a fire, glass of wine in hand.  What more civilised and indeed refined way than a game of chess or cards. 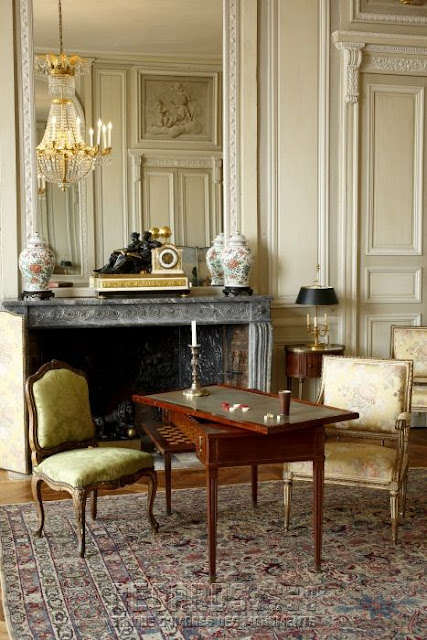 Like many, we have been  inspired by The Queen’s Gambit, the costumes, the cinematography, the game itself…and upon recent viewing the line uttered by Alma Wheatley – “My tranquility needs to be refurbished”, struck a cord. What better way to refurbish your tranquility, than an evening game of chess or cards by the fire.

But first let’s delve into the past…

Boards for playing games such as backgammon and chequers have been used for centuries.  However bar a few exceptions, it was only in the late 17th and early 18th centuries that tables were made specifically for games. Most card tables were rectangular, with a flap that opened up to reveal a playing surface. Baize, the green felt like cloth, only became popular in the early 1700s.

The 17th to 18th century saw games tables become increasingly more elaborate and intricate in their design, with fine inlay and marquetry and with ornate detailing and metalwork, much like the ones from our collection.  Single tables sometimes allowed people to play several different games directly upon them.

During the Regency period and beyond, games tables became the ‘order of the day’, and were tremendously fashionable. The games table has seen a resurgence in recent years with interior trends for beautiful home libraries, offices and ‘smoking rooms’.

The games table is an elegant and versatile way to furnish a room. Their adaptability makes them hugely popular, many can double as games, wine and console tables and they were made in a huge array of varying styles.

Card Table in the Manner of Holland & Sons